WHAT DOES FEMINISM HAVE TO OFFER A RELATIONSHIP? 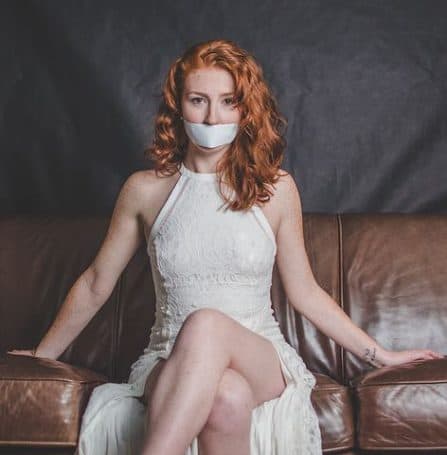 In short, the answer is: everything. Without feminism there would be no modern relationship.

Why? What could gender equality have to do with – good heavens! – the relationship?

For centuries, marriage defined the relationship between a woman and a man as hierarchical, monogamous, eternal and indissoluble. In order not to leave this in abstraction, it meant, for example, the right of the head of the family to discipline his wife and the wife’s disenfranchised status vis-à-vis her husband. Without this major change, talk of communication, for example, would be meaningless, since in a hierarchical union it was ultimately the man and his fist that spoke. This is perhaps easier to understand if we look at patriarchal cultures and the importance of marriage and the absence of the relationship dynamics that characterise the relationship in our own time, outside our own cultural sphere.

Perhaps the most important precondition for a modern relationship is the historical events that led to the breakdown of patriarchal structures. The establishment of gender equality must therefore be seen as one of the – relatively recent – historical changes that radically created the conditions for relationships. It has gradually broken down the patriarchal ‘custodial role’ of marriage, based on the legal and economic bond of the father, the hierarchical structure between genders and the obligation to conform to it.

For this reason, one should be careful when criticising feminism. Feminists have fought for the right to vote – and (for women) the right to decide whether to work, to keep the wages they earn, to study, to apply for public office or to make any decisions about themselves at all.

This isn’t only a theory. It is laws, practices, lives lived. It didn’t happen easily. Wife-beating became illegal in Finland as early as the 1860s – although it took a good 130 years before also marital rape was criminalised in 1994. Feminists have fought for immunity, rights and protection where there was none before.

As a consequence also conditions of relationships emerged.

So you cannot – in fact – separate equality from relationships and many other rights and freedoms that may seem obvious. Unless you want to give away or challenge what you take for granted, I recommend that you stand up for equality. Just be a feminist. Shamelessly.

In the long timeline of history, these women’s rights are a vanishingly small moment in millennial history. These rights are worth cherishing, and worth defending. They should not be taken for granted. If there is no united front behind them, they do not exist. And with them, many other things disappear. Like the relationship.

It should also be noted that this is not a gender issue. This is a common issue.

The next step would be to learn a relationship where, instead of the structures that characterise marriage and patriarchy, we meet as equals: respectful, compassionate and willing to confront. It is not easy.

We are navigating the prevailing relationship terrain without clear signposts. A couple of decades ago, a philosopher and feminist Luce Irigaray reflected on the ethics of encountering the other person, the question of how to encounter the other person. That is indeed the question. It is of interest to us all, because very few want to return to patriarchy and most hope to learn to sail the seas of a post-patriarchal world. To find people with beauty, to encounter in beauty and respect, in a space born for this potential of encounter.

Thank you for this opportunity, feminists.

Schools out (for summer)! #schoolsout #nomorepenci

An afternoon in the forrest with my camoflauge chi